No Asylum: The Untold Chapter of Anne Frank’s Story - A Documentary Film

Anne Frank’s father, Otto’s recently discovered letters reveal new information about the family’s struggle to obtain visas to save themselves from the clutches of the Nazis. The world turned its back on the Franks and millions of others. Leonard Berney, who liberated Bergen Belsen where Anne and her sister Margot perished, relates the harrowing story. Something of a prequel to Anne's iconic diary, No Asylum shares unknown details of the Frank family's story before they went into hiding in the attic, and is a call to action for tolerance and respect.

If the world had helped the Franks: "Anne Frank could be a 87-year-old woman living in Boston today, a writer.” - Richard Breitman, Ph.D. - 2016

Bring this effective community organizing tool to your community by hosting your own screening.

No Asylum was broadcast nationwide in the US on over a hundred PBS TV stations, presented by the National Educational Telecommunications Association (NETA) from January 2019 - 2021.

To book or acquire rights for No Asylum please contact:

Eva Schloss and Paula Fouce were on BBC News talking about Auschwitz, Anne Frank and "No Asylum"

To teach Anne's universal message of tolerance, No Asylum is raising funds to translate and caption the film in 11 languages. The Teacher's Guide for classrooms has been developed with the Anne Frank Center of Mutual Respect & the Kean University Holocaust Center. To donate, please mail your tax deductible contributions to:

Thank you for your kind support!

No Asylum was screened by Ciné-ONU, presented by the United Nations Information Service in Geneva, to commemorate the occasion of the International Day dedicated to the memory of victims of the Holocaust.Jan. 28, 2018, 11:00 AM at Cinema Cinerama Empire in Geneva, Switzerland.

This screening in Geneva was made possible with the support of the permanent missions of Israel and the United States to the United Nations Office in Geneva. 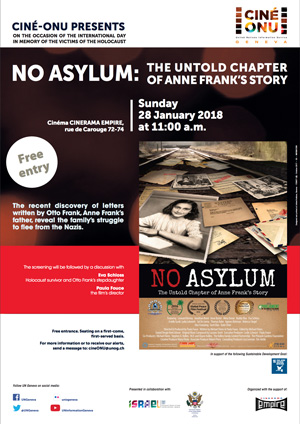 Anne Frank: 'No Asylum' before the attic

'No Asylum: The Untold Chapter of Anne Frank's Story' revealed via her father's letters

May 3rd, 2016 6PM
NBC Las Vegas
Gerard Ramalho will interview Paula Fouce
and Holocaust Survivor Meta Doran at 6 PM tonight.
This interview will be repeated this weekend as well.

We were featured in the Quad City Times:

Anne Frank's Story Lives On in No Asylum

We were featured in the Jewish Press:
Did You See "No Asylum"? by Rhona Lewis

Getting Anne Frank All Wrong

There was no room for Jewish refugee children.

Buddy Elias is featured in No Asylum, we will miss him so much.

Check out the latest book release from Paradise Filmworks: 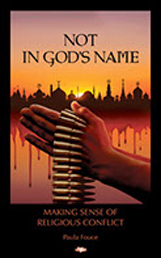 Not In God's Name:

THE BOOK
by Paula Fouce

Based on the award winning film, "Not in God's Name," seen on PBS stations. 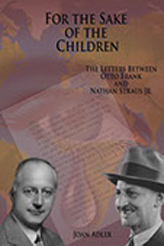 For the Sake of the Children

The Letters Between Otto Frank and Nathan Straus Jr. 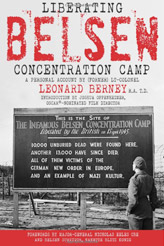